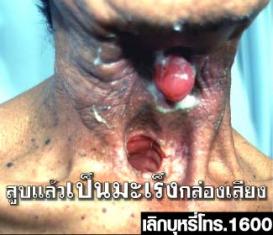 In the context of the 68th World Health Assembly in Geneva, the delegations of Bangladesh, Bhutan, Sri Lanka and Thailand organized a side event addressing strategies to overcome resistance from the tobacco industrys side against pictorial warning messages on tobacco products. The event, that took place on 25 May 2015, was chaired by Dr D.M.R.B. Dissanayake and moderated by Dr Neelamani Rajappaksa Hewageegana, both representing of the Ministry of Health and Indigenous Medicine of Sri Lanka. Dr Douglas Bettcher, Director the Department for Prevention of Noncommunicable Diseases at the WHO, acted as the Co-Chair.

There were speakers from the four organizing countries as well as WHO. Moreover, the Sri Lankan delegation presented a movie clip (Against the Tide) that described the countrys way in implementing regulations in accordance with the WHO FCTC. Special focus was put on the resistance Sri Lanka had to overcome in order to introduce pictorial warnings, including a tobacco industry lawsuit. The documentary emphasized the contribution of former Minister of Health and current President of Sri Lanka, Maithripala Sirisena, who in 2013 received the World No Tobacco Day Award for his efforts. In addition, the crucial role of NGOs and civil society in the process was underlined.

Dr Vera Luiza da Costa e Silva, Head of the Convention Secretariat (WHO FCTC) underlined the progress made by the Parties to the Convention in introducing large pictorial warnings as well as the domino effect of Parties legislating for or contemplating plain packaging. The Pictorial Health Warnings Database and its recently completed Africa pictorial health warnings resource are designed to facilitate the sharing of pictorial health warnings and messages among countries and Parties, and will continue to be updated on a regular basis as countries and Parties provide these images.

The database can be accessed at: http://www.who.int/tobacco/healthwarningsdatabase/en/

The Convention Secretariat facilitates, upon request from the Parties, the sharing of licenses for the use of these pictures.