Uruguay: on the way towards the world’s most comprehensive tobacco branding restrictions 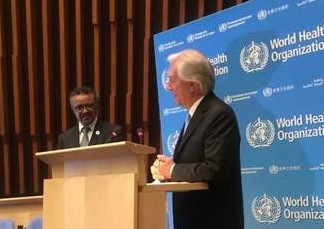 On 6 August 2018, the President of Uruguay Tabaré Vázquez issued an executive decree requiring tobacco product plain packaging and single presentation. As a global leader in tobacco control, Uruguay becomes the first country in Latin America to implement this measure, proven to discourage people, and more particularly children and young people, from taking up tobacco use.

The regulations following the decree, issued on 17 August 2018, require all tobacco products packaging to be of standardized size and shape, in a set brown color, with health warning covering 80% of the total surface of the pack. Brand names will have to appear in a single uniform black font. No misleading information, design, logo or promotional elements will be allowed. With the world’s most comprehensive restrictions on tobacco branding, Uruguay requires “single product presentation”, which allows tobacco companies to sell only one variant for each their brand family.

These measures are expected to take effect on 6 February 2019.

The executive decree requiring plain packaging can be found here (in Spanish).

The ordonnance No. 696 from the Ministry of Public Health can be found here in Spanish and also translated in English.

On 18 October 2018, the Civil Court of Appeals in Uruguay revoked the constitutional appeal requested by the tobacco company British American Tobacco, against decree 235/018 that requires companies to use plain packaging for cigarettes. The Executive Power had appealed the sentence that temporarily suspended the decree of plain packaging “because what is at stake is the health of the population”. Based on this sentence, the faculties of the Uruguayan State regarding decisions on health matters are recognized.