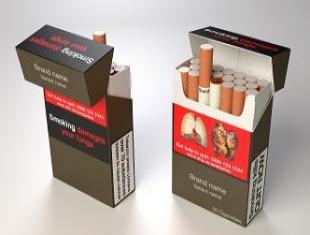 Major tobacco producing companies (British American Tobacco, Imperial Tobacco, JTI and Gallaher) and some of the producers of tipping paper (Tann UK, Tannpapier, Benkert and Deutsche Benkert) appealed to the Court of Appeal against the order of Green J dismissing their applications for judicial review of the lawfulness of the Standardised Packaging of Tobacco Products Regulations 2015 (“Regulations”). The appeals were heard over a period of four days in October and judgment was handed down on 30 November 2016.

A single judgement dismissing the appeals was produced and it considered the following arguments put forth by the tobacco industry:

In regards to the tipping paper producers` appeals, the Court agreed with Green J that it was not unlawful for the Secretary of State to make Regulation 5, which standardises the appearance of cigarettes. It also rejects the argument that the standardisation of cigarettes is disproportionate, agreeing that there was sufficient evidence to justify Green J’s conclusion in this regard. Moving forward from here the Court has given the appellants until midday on 9 December 2016 to make any application for permission to appeal.