Republic of the Congo: three new decrees adopted to implement the 2012 act 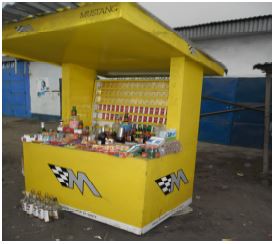 On 11 April 2018, the Government of the Republic of the Congo adopted three decrees to operationalize implementation of the tobacco control act of 2012. The new decrees will help protecting Congolese citizens from the harmful effects of tobacco use and preventing young people and children from starting smoking.

During the session of the Council of Ministers, Minister of Health Jacqueline Lydia Mikolo presented the decrees, that cover:

While presenting the texts, Mrs Mikolo drew the attention of her fellow Ministers on the worrying high prevalence of tobacco use, which are an important contributor to non-communicable diseases. She explained that these proposals submitted for the Council of Ministers deliberation, aimed at responding to a major public health issue and reinforce the medical prevention system under the tobacco control Act n°12-2012 of 4 July 2012. She concluded explaining that beyond the health effects, tobacco use has devastating socio-economic  consequences on development, contributes to poverty and affects families, including non-smokers who suffer from second-hand smoke. The Council of Ministers then voted for the adoption of the three decrees.

More information is available from: Rosalie Likibi-Boho, FCTC focal point for the Republic of the Congo, at: likibiboho@yahoo.fr.

To access the full text for the Republic of the Congo Tobacco Control 2012 Act: https://untobaccocontrol.org/impldb/wp-content/uploads/reports/congo_annex1_tobacco_control_act_2012.pdf