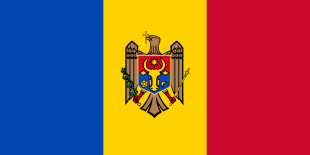 On 29 May, the Parliament of the Republic of Moldova adopted a new tobacco control law, after more than one year of parliamentary debate.

The law, introduced to Parliament by the Ministry of Health in February 2014, aims to bring the national legislation in line with the WHO FCTC as well as the relevant EU directives. When developing the text of the new law, the Government also consulted the Guidelines for implementation of the articles of the WHO FCTC, adopted by the Conference of the Parties, as well as legislation from other countries, such as Australia, the Russian Federation and Turkey.

The new law represents a new paradigm, replacing previous regulations that  based on economic considerations  served mainly to support the tobacco industry. The law covers a wide range of issues such as packaging and labelling, tracking and tracing, accessibility of tobacco products to minors, as well as the contents and emissions of tobacco products. It features a comprehensive ban of advertising and smoking in indoor public places as well as strict limitations on additives. Sale of smoke-free tobacco products is prohibited. Furthermore, the law establishes a set of sanctions for violations of the regulations.