Report on implementation practices of Article 12 of the Protocol launched 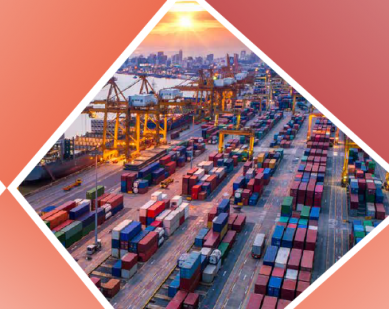 The report on Examples of current practices on the implementation of Article 12 (Free zones and international transit) of the Protocol to Eliminate Illicit Trade in Tobacco Products was launched on 18 March 2021 during a technical webinar organized by the Secretariat of the WHO FCTC.

The report focuses on implementation of Article 12 of the Protocol to Eliminate Illicit Trade in Tobacco Products, with a view to showcasing international good practices in the operation and control of free zones.

Free zones – also referred to as special economic zones, export processing zones or free ports – can be broadly defined as special economic areas that benefit from tax and duty exemptions. Governments across the world increasingly are turning to free zones as a means of promoting economic growth and investment. While geographically located within a country, free zones essentially exist outside its borders for tax purposes, and as a result they can offer a variety of financial and administrative incentives to attract export businesses, foreign investment and employment. It has been reported that free zones in some countries are used to manufacture and transport illicit goods, including tobacco products, as controls and inspections by enforcement agencies are often irregular and less frequent.

Article 12 of the Protocol focuses specifically on the issues related to free zones and international transit. It requires Parties to the Protocol to implement effective controls on manufacturing and transactions, and it also prohibits intermingling of tobacco and non-tobacco products in a single container. It also calls on Parties to adopt and apply control and verification measures to the international transit or trans-shipment of tobacco products.

The report highlights that with only a limited number of product inspections carried out inside free zones, many customs administrations now require that tobacco products carry a special declaration with detailed information that would enable joint investigations, effective risk management and electronic recordkeeping. The report also explains that many countries are prohibiting the intermingling of tobacco products by adopting a policy that prohibits cigarettes from being shipped in a container that also contains other commodities, and requires that containers be weighed to ensure that the goods declaration is compatible with the reported contents. Greater transparency in the movement of goods and harmonization of data for better recordkeeping were some other good practices presented in the report.