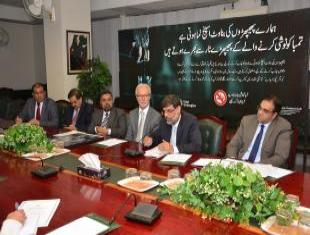 The Tobacco Control Cell, Ministry of National Health Services, Regulations and Coordination, in collaboration with Vital Strategies has launched the second anti-tobacco mass media campaign in Pakistan. A 30 second Public Service Message called “Sponge” has been designed to turn tobacco users’ thoughts about quitting into active quit attempts by showing the real health harms of smoking. The “Sponge” video graphically shows the amount of tar found, after only one year, in the lungs of an average pack a day smoker.

The campaign will be appearing on 14 TV channels across the country over the next 4 weeks, as well as on radio spots, community signage and billboards.