Oman: Decision of the Minister of Information bans tobacco advertising and promotion 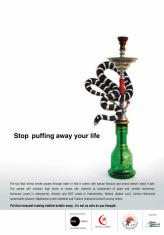 On 5 April 2016, the Minister of Information issued a ministerial decision banning all forms of tobacco advertising and promotion that could be read, seen, listened to, including those published in electronic media. This means that all radio stations, TV channels, newspapers and online publishing houses in the Sultanate are now prohibited from advertising any form of tobacco products. The ministerial decision was published in the Official Gazette on 10 April 2016 and entered into force on the day after.

This decision is a part of the national campaign to curb the harm of tobacco on smokers. Of those diagnosed with lung cancer, 97 per cent turn out to be smokers.

Newspapers commenting on this move quote a press release issued by the Ministry of Health, indicating that the monthly cost of cancer treatment in Oman’s government hospitals can reach up to OMR30,000 per year per patient. They also quote sources informing that lung cancer is expected to become the most common type of cancer in Oman in the next five years.

The news also indicate that as a way to curb the spread of tobacco addiction, the Public Authority for Consumer Protection has also banned electronic cigarettes and electronic shisha (hookah).