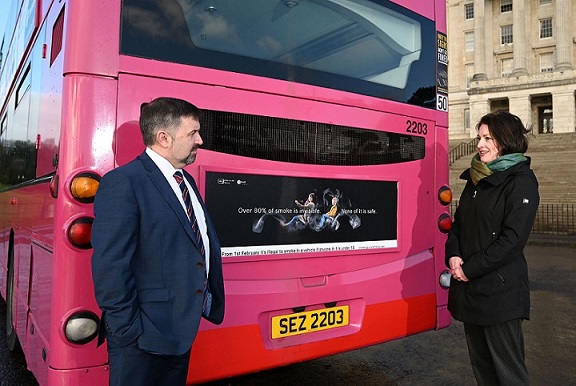 Smoking in a car with children has now become illegal in Northern Ireland, from 1 February 2022. A private vehicle is considered smoke-free if the following conditions are met: it is enclosed (even if the windows are down and/or the doors are open); and more than one person is present in the vehicle; and someone under the age of 18 is present in the vehicle.

This measure aligns with similar regulations applied in England and Wales since October 2015, as well as in Scotland and the Republic of Ireland since 2016.

In another piece of regulation, it has been banned the of sale nicotine inhaling products (including e-cigarettes/ vapes) to those aged under 18, as well as to purchase, or attempt to purchase, such products on behalf of a child. The measure is aimed at protecting the youth from potential long-term health implications of nicotine vaping, as well as from the fact that the use of such products may act as a gateway into smoking.

Both new laws contribute to the tobacco-free Northern Ireland initiative, protecting the health of children from second-hand smoke and denormalizing the use of tobacco and nicotine products among them.