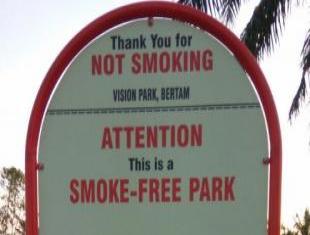 On 1 February 2017, the Government of Malaysia officially designated all national and state parks, playgrounds, camp sites and public parks in Peninsular Malaysia as non-smoking zones. These new regulations were announced by Health Minister Datuk Seri Dr S Subramaniam, under the 1983 Food Act on 16 January 2017, and were gazetted on 24 January 2017.

With an estimated 22.8% of the Malaysian population as smokers, this law will help reduce morbidity and mortality attributable to tobacco use in Malaysia and contribute to the strengthening of the implementation of the WHO FCTC!

FCTC implementation reports of Malaysia are available at: http://apps.who.int/fctc/implementation/database/parties/Malaysia