Lithuania: progress on the implementation of the WHO FCTC 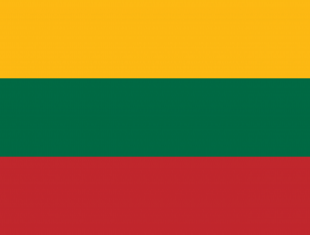 On 26 January 2017, the Ministry of Health of the Republic of Lithuania announced that they adopted new tobacco control measures in line with the WHO FCTC, in two areas, namely in strengthening their implementation of Article 5 (General Obligations) and Article 13 (Tobacco, advertising, promotion and sponsorship) in the Convention. As such, Lithuania has undertaken a comprehensive ban on any form of promoting the purchasing and consumption of tobacco products. From, 1 January 2017, the Law bans tobacco producers and/or companies from sponsoring events, activities or using mass media to promote the use of tobacco. In accordance with Article 5.3 of the Convention, the Law defines that in setting and implementing state tobacco control policies it should be required to protect these policies from commercial and other interests of the tobacco industry. Related to this, Lithuania has initiated a motion signed by the Minister of Health, the Chairperson of the Committee for Health, the Chairprson of the National Health Board, and the President of the National Alcohol and Tobacco Control Coalition, to reject, at the European Union level, the tracking and tracing system proposed by the tobacco industry (Codentify).

Lithuania has also made advancement towards fulfilling its obligations under the Convention through legislative measures that include the implementation of the new European Union Tobacco Product Directive, through the introduction of new pictorial health warnings.

Additionally, on 16 December 2016, the Republic of Lithuania acceded the Protocol to Eliminate Illicit Trade in Tobacco Products, demonstrating its leadership in the area of controlling illicit trade as a member of the European Union and in the region.

Lithuania continues to make significant strides in the implementation of the WHO FCTC and the Convention Secretariat congratulates their efforts!