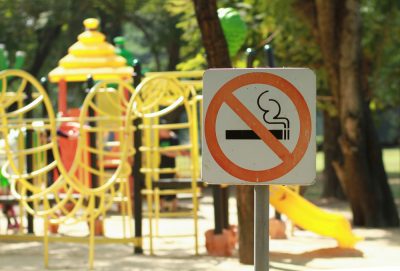 For the first time in a tobacco control act in the Kyrgyz Republic, Article 8 of the Law contains six paragraphs that provide for protection of public policies from interference by the tobacco industry. The measures include the prohibition of government agencies from establishing any partnership with and providing preferential treatment for tobacco entities, including a ban on subsidizing them in any way.

Other measures required by the Law include the following (all coming into force immediately unless indicated otherwise):
• Ban of smoking, and the use of ENDS and hookah in all workplaces and public places, including public transport, stations and taxis (with the only exemption of allowing smoking rooms at the airports);
• Ban on all forms of TAPS, including at points of sale. A display ban is applicable to all tobacco products, including accessories (such as hookahs) – comes into force in six months from the proclamation of the Law;
• Ban of sale of all products to children under 18 and through all impersonal forms of sale, including vending machines. However, no ban on internet sales has been adopted;
• Pictorial health warnings covering 65% of the main surface areas of products, including all novel tobacco products – nasvay, hookah, ENDS, HTP -, will need to be covered by warnings. A warning should be applied to hookahs as well (on the instrument) – comes into force after 18 months ;
• Ban on the production, import and circulation (including storage, wholesale and retail trade, export) of smokeless tobacco products and nicotine-containing smokeless products (pouches), except for nasvay, for which the production and sale is regulated – comes into force after three months ;
• Ban on misleading information (less harmful) on consumer packaging of ENDS (including electronic cigarettes) and liquids for them, products with heated tobacco and devices for heating tobacco;
• Ban on retail sale of pure nicotine, nicotine salts, and nicotine liquids, if the nicotine content in the liquid exceeds 20 mg/ml.

For the effective implementation of the Law, it is necessary to provide for amendments to the Code of the Kyrgyz Republic on Violations, in order to establish appropriate sanctions in relation to each of the norms of the Law. It is also necessary to amend the Law of the Kyrgyz Republic of 24 December 1998 No. 155 “On Advertising”. In addition, the adoption of a number of by-laws and regulations is required.

This piece has been elaborated with the contribution of Angela Ciobanu, tobacco control advisor of the WHO Regional Office for Europe.