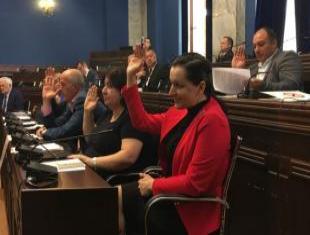 After several years of preparatory work, on 4 May 2017 the Parliament of Georgia adopted a new tobacco control act, amending the existing tobacco control act dated December 2010. The law introduces a series of advanced measures such as:

Many of the provisions of the new law reflect the requirements of the tobacco product directive of the European Union and all its new provisions advance the implementation of the WHO Framework Convention on Tobacco Control to which Georgia is a Party. In particular, the adoption of the new act will considerably increase implementation of Article 8 (on smoke-free environments), Article 11 (on packaging and labelling), and Article 13 (on tobacco advertising, promotion and sponsorship).