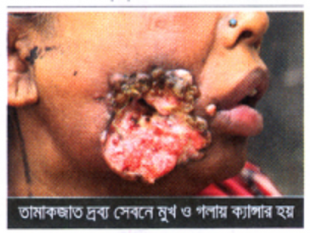 Bangladeshi State Minister of Health, Zahid Malik, has announced that pictorial health warnings covering 50% of the principal sides of cigarette packages will become mandatory in the South Asian country. The requirements were gazetted March 19, 2015, and will come into force after a 12 month transition period in March 2016.

In a media briefing on the occasion of World No Tobacco Day 2015, the State Minister also announced  that the sale of single cigarettes as well as unpacked chewing tobacco products will be prohibited.

Prevalence of tobacco use is high in Bangladesh, especially among men, 53.3% of which are daily smokers. As State Minister Zahid Malik pointed out, smoking-related diseases pose a heavy burden to the countrys health system.