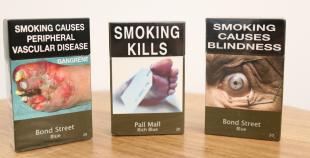 The Australian Government Post-Implementation Review of Tobacco Plain Packaging has been released on 26 February 2016.

The overall conclusion of the Review is that the tobacco plain packaging measure has begun to achieve its public health objectives of reducing smoking and exposure to tobacco smoke in Australia and it is expected to continue to do so into the future. This conclusion is reached on the basis of the weight of available evidence, including pre-implementation experimental studies, post-implementation behavioural studies and the recent declines in smoking prevalence and consumption evident in major data sets.

Appendix A to the Post-Implementation Review is a new analysis of the effect of the 2012 packaging changes on smoking prevalence using Roy Morgan Single Source data. The analysis was conducted by Dr Tasneem Chipty, of Analysis Group Inc and finds that after controlling for a range of variables, including excise increases since 2010, and socio-demographic factors, plain packaging in combination with the 2012 updates to graphic health warnings was associated with a statistically significant decline in smoking prevalence.

The Review and its appendices can be found on the Australian Government Office of Best Practice Regulation website at http://ris.dpmc.gov.au/2016/02/26/tobacco-plain-packaging/.