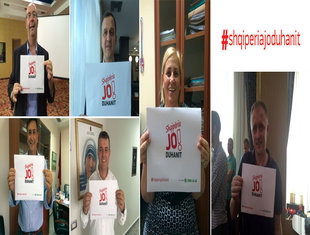 The Albanian National Assembly, on the proposal of the Council of Ministers, adopted amendments to the countrys 2006 Act on the « Protection of Health from Tobacco Use ».

According to the amendments, smoking has been completely banned in workplaces ; health institutions (except for patients of mental health institutions) ; educational establishments ; public transport facilities, including taxis ; indoor shopping malls, bars, restaurants, discos and night clubs; cultural and sports facilities; shared areas of private homes buildings; and enclosed areas of any other public facilities. Fines are applied, for the first time, to the client violating the non-smoking rule. In the case of the owners of premises, the fines were increased by 6 times (from 50,000 to 300,000 Albanian Lek).

As an additional new requirement of the Act, the Albanian Radio and Television will have to broadcast 90 minutes of anti-tobacco information each month.

The Government of Albania declared that it considers the implementation of the new measures one of its priorities. A public information campaign was implemented in the support of the new legislative requirements (http://shqiperiajoduhanit.al/). The picture below presents Mr Ilir Beqaj, Minister of Health (up, second from left) and Ms Milva Ikonomi, Deputy Minister of Health (third from the left), with posters of the campaign displaying the message Albania No Smoking.